From Kinosaki on the Japan Sea to Shikama-tsu Port and Ieshima Island in the Seto Inland Sea, the Hyogo Heritage Route offers a dazzling trip through the romantic history of people and history weaved together by time.

Stretching from the Sea of Japan in the north to the Seto Inland Sea and the Osaka Bay in the south, Hyogo Prefecture boasts the largest area of all prefectures within the Kinki region.
The only prefecture facing two seas on Honshu besides Aomori and Yamaguchi prefectures, Hyogo has a long history as a flourishing strategic point directly connected to the Sanyo, San’in, Kansai, Chugoku, Shikoku, and Kyushu areas. Home to many significant figures and events, Hyogo boasts a definitive cultural uniqueness and many important legacies that continue to impact the present day.

Kinosaki on the coast of the Sea of Japan has been a popular hot springs destination for the past 1,300 years, and the San’in Kaigan Geopark offers visitors the chance to feel the raw power of the earth around them.
The castle town of Izushi features numerous shrines, town houses, and samurai residences.
The ruins of Takeda-jo Castle emit a mysterious beauty as the “Castle in the Sky” sinks into the morning mist.

Beginning in the calm of the Heian period and then into the Sengoku period of Oda and Toyotomi, the peaceful years of the Edo period, and finally from the Meiji period to the present, the Ikuno Silver Mine has always kept pace with the heartbeat of the times.

Gin no Bashamichi—the horse-drawn carriageway originating at the Ikuno Silver Mine—was the first high-speed industrial road constructed in Japan and was used for transporting not only materials from the mine but also state-of-the-art knowledge, information, and culture.
From Ikuno to Mikobata and Akenobe, the Koseki no Michi (the Ore Road) portion of Gin no Bashamichi was the lifeblood of the Meiji, Taisho, and Showa eras.

The road continues down to the shores of the Seto Inland Sea, where lie the Ieshima Islands, believed to be among the first islands of Japan created by the gods Izanagi and Izanami.

All of these charming areas—from the port of Shikama-tsu in Himeji City, home of the Himeji-jo Castle World Heritage Site, to the Ikuno Silver Mine along Gin no Bashamichi, the horse-drawn carriageway that revolutionized Japan’s domestic distribution and would become the birthplace of mining developments in Japan, to Kinosaki on the shores of the Sea of Japan—are collectively referred to as the Hyogo Heritage Route.

The Hyogo Heritage Route introduces travelers to the culture and history cultivated by the area’s many residents over the years.
Along the Route, travelers will also get the chance to meet the people that still call this area home.
Visitors will discover tales that reach back into the depths of time to shine brightly with passion and ever-lasting luster.

Explore the area’s charming history while experiencing the wisdom of those who came before us and the groundwork that would give rise to modern day Hyogo. Whatever the season, the Hyogo Heritage Route offers beautiful views and breathtaking scenery. 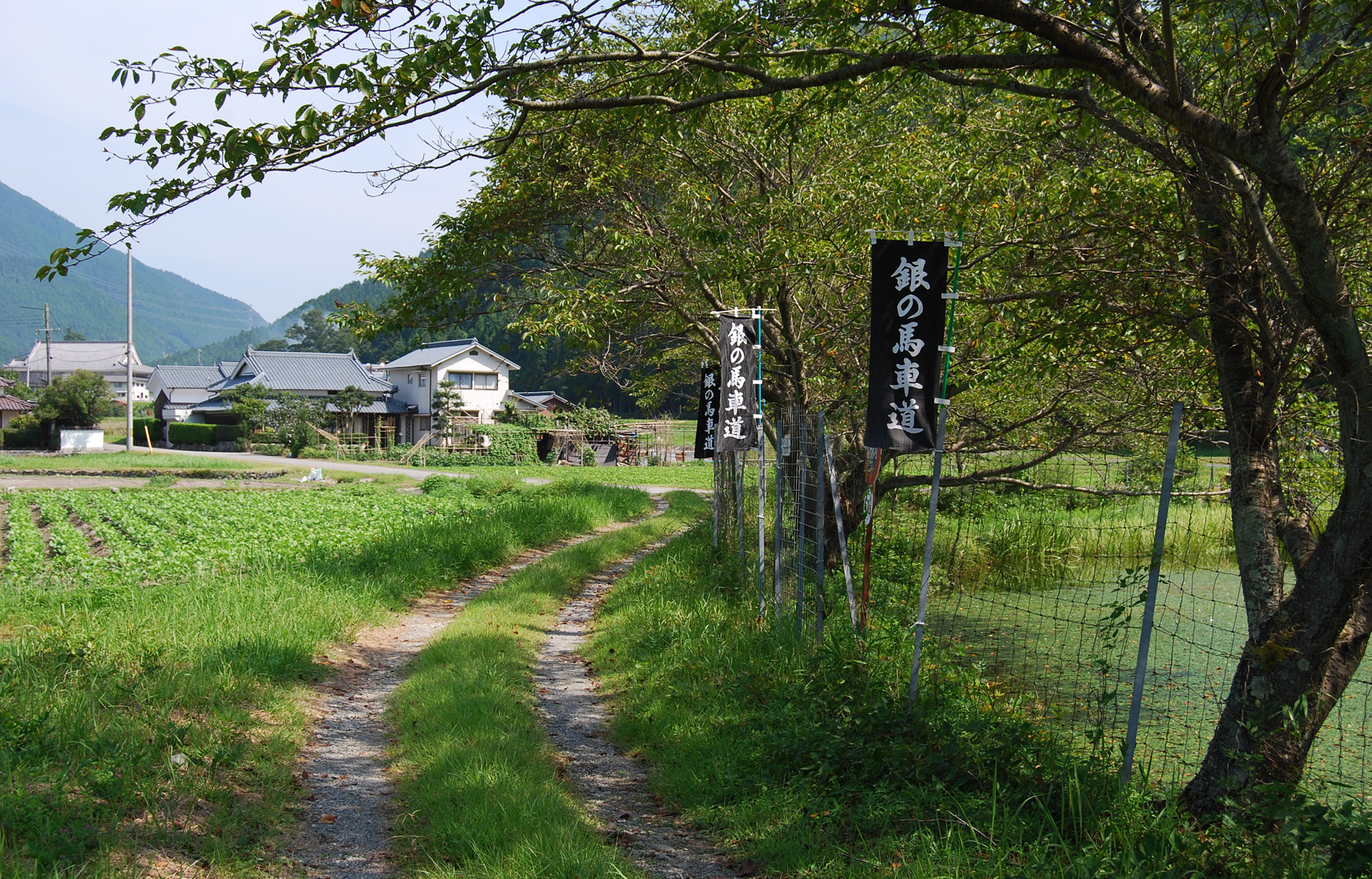 The Koseki no Michi area—encompassing the Akenobe, Mikobata, and Ikuno mines—offers visitors the chance to encounter the fascinating history behind Japan’s modern industrial heritage. A treasured legacy dutifully maintained as a memento to bygone eras, the sights throughout this area portray the dynamic history that began in Japan’s modern era.

The San’in Kaigan Geopark area includes portions of Kyoto, Hyogo, and Tottori. This vast-reaching geopark includes a coastal region that showcases topography and geology that can be traced back to the formation of the Sea of Japan. Visitors will have the opportunity to come face to face with the various creatures that call the area home and experience how the locals live as well as the culture and history they influenced over the centuries.